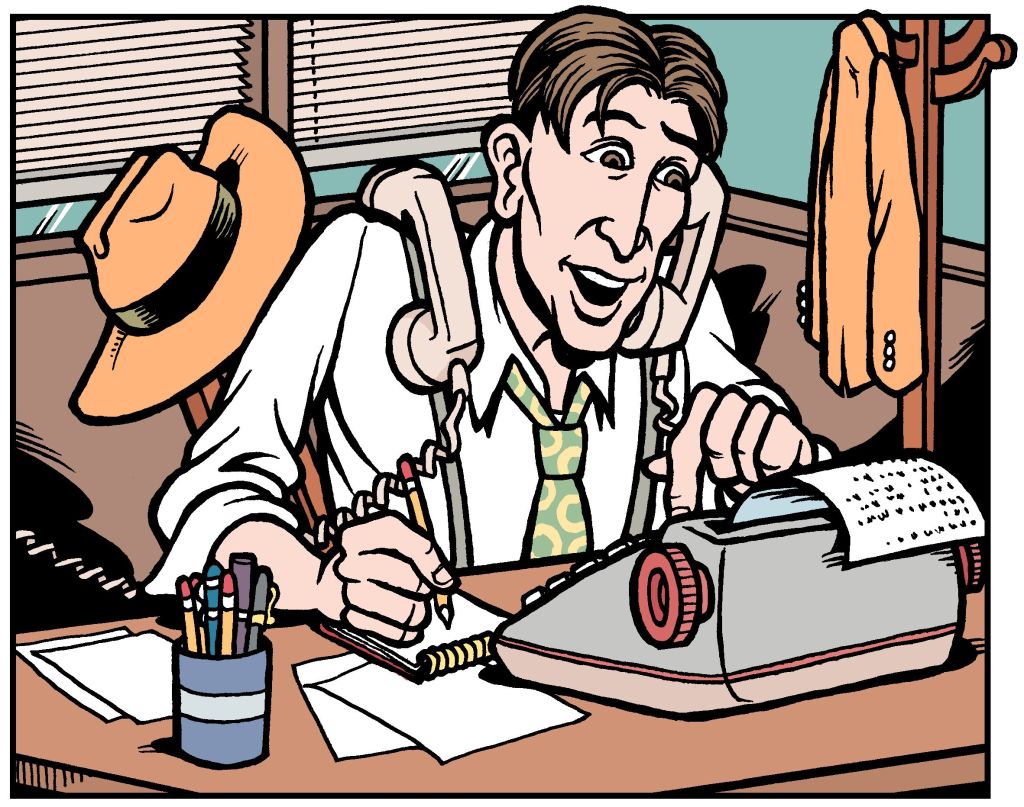 Journalism comes with a bundle of lifestyle disorders including increased alcohol and caffeine consumption that can lead to comparatively lower executive brain performance functions, according to a recent study.

A combination of too much alcohol and caffeine, fewer hours of exercise than recommended and not enough hydration gives journalist lower “recovery times” and can lead to “less of an ability to regulate emotions, suppress biases, solve complex problems, switch between tasks, and think flexibly and creatively (…) Many journalists reported no time for breaks, as well as low sensory integration, which can also negatively impact on cognitive performance.”

“This behaviour refers to purposeful sessions to enhance focus and/or to allow thoughts without reacting, thereby preventing worrying about the future or regretting the past (i.e. the practice of mindfulness).”

Despite the booze and lack of recovery during sleep, journalists in the study scored particularly highly on abstraction – thinking outside the box, seeing connections others can’t make, and sophisticated reasoning.

It might come as a surprise to some reporters that their stress levels are in general no higher than those of the general population, though it’s possible that the particular blend of deadlines, precariousness, low pay and public scrutiny contribute to a different experience of stress than that other professions are subjected to.

Stress doesn’t appear to prevent journalists from sleeping. They report similar sleep patterns to the average, but the study notes that alcohol fuelled sleep prevents recovery.

On the positive side, journalists appear to get better at handling stress as they get older. The study found journalists under 35 were more stressed and more likely to indulge in self-destructive habits like smoking than their elders. Journalists over 35 showed better recovery times and were more confident – suggesting that better habits can be learned.

iThere are no comments